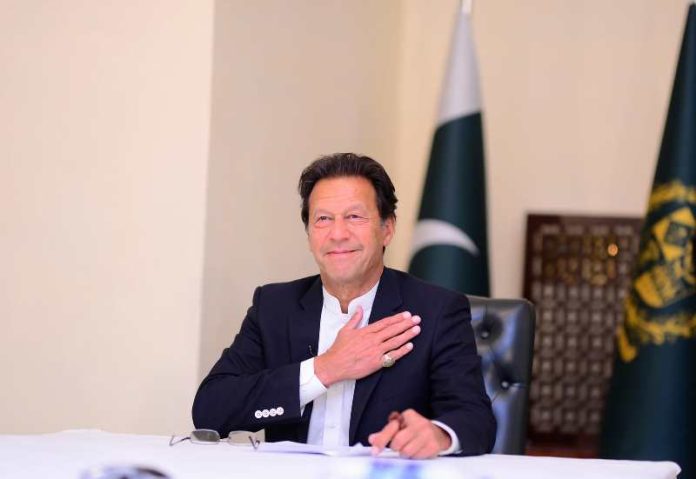 Many politicians and dictators have used religion for political purposes throughout Pakistan’s history.

Imran Khan, a former prime minister and the leader of Pakistan Tehreek-e-Insaf (PTI), is the most recent politician to employ religious populism as a political tactic. Many political analysts claim this particular factor accounts for his enthusiastic and almost cult-like support among the nation’s younger generations and elites. He is one of the most prominent figures in Pakistan’s daily news on several media channels.

Over the past few years, it has been observed that Imran Khan is continuously shifting approaches to either confuse or intrigue others. Whether he is doing this with the cause of getting fame or leadership, however, he is still considered the last hope by several Pakistanis.

So, who is he? And what are these several roles that he plays?

Imran Khan was the man behind the success of the Cricket World Cup in 1992. With his keen efforts and the support of the whole squad, Pakistan brought the title for the first time in its history.

The triumph is forever carved in the collective memory of Pakistanis as a miracle made possible by Khan’s leadership, who served as the captain of Pakistan’s cricket team at the time. Imran Khan still cites the triumph as proof that it is possible to overcome any obstacles and by the former prime minister’s followers as evidence of his skill.

This is another reason his supporters refer to him as “captain” and “skipper” on social media and in public. This is why there is a “bat” for Tehreek-e-Insaf on ballot papers.

The media spotlight helped Khan become a global celebrity with the 1992 triumph.

Even now, the PTI social media staff and others interested in Imran Khan’s fame post pictures of the youthful Imran Khan online. The fact that so many Pakistani celebs support him and frequently attend his political rallies could also be attributed to his star power from earlier in their careers.

His picture can be found on apparel, flags, pop art, and badges. It is considered a political statement to wear anything with Imran Khan’s face on it.

Khan adopted a new personality just before being expelled from office in April, one that is distinct from his history as a Westerner and is that of an anti-West campaigner.

Khan emphasizes a distinction between a “western” and an “eastern way of life” in public speeches because many Pakistanis believe that opposing the “Western” style of life makes them more patriotic. To support this, he frequently mocks Western culture, including western movies, western values, and English speakers.

Additionally, he constantly mentions how Pakistan is still a “victim” of the “colonial mindset.”

Early in his political career, Khan discarded his playboy persona and rose to prominence as a philanthropist after founding the first hospital of its sort for cancer patients in Lahore.

He has just adopted the persona of a holy, repentant man. During interviews, Khan frequently reminds his audience that he did not enter politics for fame, wealth, or power. Instead, he fought elections in order to remove the “corrupt elite” lawmakers from the government.

In addition, the PTI leader claims to be an “Ashiq e Rasool” (Lover of the Prophet, PBUH) and to be inspired by the writings of pan-Islamic scholars. He commits to building a Riyasat-i-Madina in practically every speech.

During the leadership of Imran Khan, there were also rules regarding Citizens Protection (Against Online Harm), giving it the authority to direct Google, YouTube, and other online platforms to censor or remove content.

Imran Khan was thus classified in a study by a global media watchdog as one of the “predators” of press freedom.

For more updates on current political and social personalities, continue reading Pakistan Observer. We have all the daily updates and news from Pakistan and worldwide.

ALL SLOTS CASINO – ONE OF THE LARGEST ONLINE CASINOS

ALL SLOTS CASINO – ONE OF THE LARGEST ONLINE CASINOS