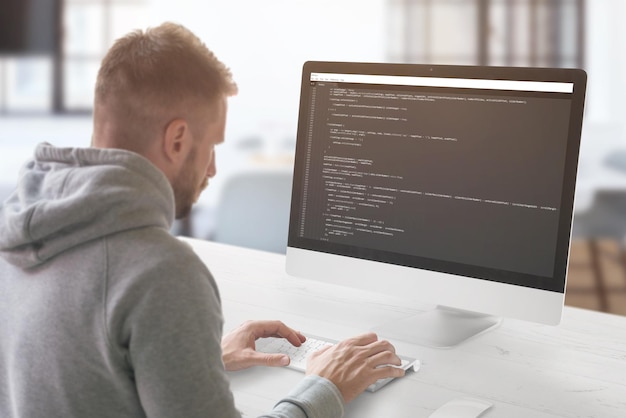 What Is iOS app development?

An iOS app is a mobile application written in the Objective-C or Swift programming language and compiled for an Apple device. An iOS app runs on the iOS operating system and can be downloaded from the App Store with the help of iOS app development.

IOS app development is the process of creating a mobile application for Apple’s iOS operating system. It is a platform that allows developers to create apps for iPhones, iPads, and iPod Touch devices.

With the development of the iPhone and iPad, more and more people are using these devices to do their daily tasks. In order to provide a better user experience, many companies have started developing iOS apps.

How many ways to develop iPhone apps

There are many ways to develop iPhone apps, but the most popular ones are:

iPhone app development company is the company that focuses on developing iPhone apps.

The iOS app development company has a team of developers, designers, project managers, and other professionals with skills in the various fields of software engineering. They are responsible to design and develop the iPhone application for their clients. They also have to make sure that it is compatible with all versions of iOS.

The high percentage of share of the market in the United States is valuable, and the iOS platform provides numerous benefits. So, without further ado, here are the top iOS app development advantages. Let’s Dig In!

According to statistics, 56% of users uninstall apps within the first week of installation. Why? As a result of the negative experience. This is not the case with iOS app development because it is built on high-quality hardware and flawless software functions. Unlike other operating systems, iOS always runs smoothly on all devices, which attracts more users. That being said, an ideal iOS app development process can take your company to the next level of success at any time.

Apps developed with iOS are some of the most innovative and high-performing mobile apps available in the market, as they are supported by the most up-to-date, high-end, and robust technologies. Apple creates iOS apps that are performance-optimized and work smoothly across all Apple devices thanks to its perfect hardware, excellent customer support, and flawless software. As a result, businesses benefit.

Instead of being coded in a slow and time-consuming programming language like Java, iOS apps are coded in faster and easier codes, resulting in faster and less expensive app development. We’ve even revealed the true cost of developing an iOS app. Examine it out!

Another reason to choose ios development frameworks is the enhanced security features. Cybercrime is expected to cost the world $6 trillion per year. Isn’t that massive? This is where iOS development comes in. Apple is known for being on the cutting edge of security features. As a result, when you develop apps for the iOS platform, you ensure that your users are fully protected against external threats.

Customers are extremely satisfied with iOS apps. From the start, iOS apps have generated far more user satisfaction than other operating systems. iOS apps not only help business owners promote their brand, but they also improve your organization’s operational efficiency. The apps can boost overall productivity and profitability while properly catering to the target users!

According to any app development company, iOS applications are among the most innovative apps on the market. With cutting-edge tools and technologies, iOS apps help you grow your business in a safe and inventive manner. A custom iOS app can drastically change your business processes to better meet the needs of your modern clients.

Every company wants a high return on investment. What do you think? To some extent, Apple guarantees a higher ROI. iOS users are more likely to pay for an app (also known as in-app purchases) than Android users. Furthermore, the average cost of an iOS app is lower than that of an Android app. As a result, using iOS apps can help your company’s finances by increasing revenue and ROI.

Because there are so many Android devices on the market, different versions of Android apps are required. As a result, all of this appears to accelerate the progression of time. Apple, on the other hand, sells a limited number of (selective) mobile devices. Having a limited number of devices makes it easier to create iOS mobile apps. As a result, the time-to-market increases.

Let’s experience it: there is a boatload of Android devices available! That being said, Android apps must be thoroughly (and meticulously) tested in order to work flawlessly on all versions of Android OS. In contrast, iOS apps only need to meet the testing criteria of the current versions. Which appears to be simpler? Is this the iOS app testing? As a result, iPhone apps significantly reduce testing time and ensure a faster time-to-market.

Apple’s operating system is cutting-edge, making it the top choice for businesses looking to develop apps. iOS apps ensure market visibility, profit, and customer loyalty. The main reason that iPhone is a common pick for several business owners is that it provides the highest level of security. Now that you’ve learned why you should create iOS apps Cubix can provide you with top-notch IOS apps according to your requirement, it’s time to take the next step and create standout iOS apps right away!