Reasons to Invest in Cordyceps Mushroom 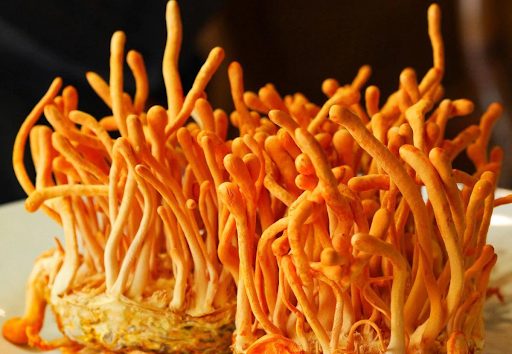 Is it possible that this medicinal mushroom could make you feel better and perform better? If you want to increase your energy without putting stress on your adrenal glands, try Cordyceps instead of coffee. Studies have shown it to help grow lean muscle mass and improve energy and endurance levels. Stress–relieving cordyceps benefits are a bonus!

According to recent pilot research, Cordyceps has been shown to relieve pain, increase physical activity, and boost vitality in persons with arthritis. Around 10 million individuals in the United Kingdom live with some form of arthritis. People of all ages can be affected by this condition, which causes joint inflammation and pain. For three months, researchers monitored a group of participants with knee arthritis who were given a cordyceps mushroom blend that included cordyceps. 23.4 percent less discomfort, better mobility and decreased stiffness, and pain reduction of 20 per cent were achieved after three months of treatment.

Many useful sugars in mushrooms, including beta-glucans, called polysaccharides/complex carbohydrates, are in fungi naturally. Research has demonstrated that beta-glucans, a soluble fibre source, lower cholesterol levels. If that wasn’t enough to convince you that cordyceps can alleviate heart arrhythmia, it’s even been recommended as an alternative treatment in China.

Aphrodisiac properties initially appear in the 15th century and have been rever as a sexual tonic in Asia for over a thousand years. Cordyceps has been suggested as a natural Viagra because of its capacity to boost energy levels and physical stamina. However, research on mice has been the only one conducted thus far. Still, the results are encouraging, and it has been proposed that this miracle mushroom could be utilised to enhance your sexual experience.

As a dietary supplement, Cordyceps is an adaptogen that can help your body cope with mental and physical stressors. An overactive neural system caused by persistent stress can be alleviated with the help of adrenal gland stimulation.

Cordyceps has been shown to regulate the endocrine system in a double-blind study. Stress can influence the thyroid, adrenals, and pituitary glands, so using cordyceps fungus could help normalize the physiological effects of stress.

The coenzyme ATP (adenosine triphosphate) transports energy within our cells, and cordyceps stimulate cellular ATP production. ATP provides energy to every cell in your body, so it’s no surprise that it’s essential to human survival.

According to research, taking Cordyceps Sinensis for three weeks increases your resistance to fatigue by 73%, based on research. Exercisers and those whose bodies may require more energy should be aware of this.

Another study indicated that cordyceps in Australia boosted exercise performance in young adults. After three weeks, people taking the cordyceps mushroom blend demonstrated improved resistance to high exercise compared to the placebo group. The comparison to placebo did not show any meaningful differences. The same favourable effects were found in older persons as well.

Guidelines for a Healthy Diet to Live a Longer Life

Endocrinologist: Why Would I Visit And What Can I Expect?