HomeBusinessPunjabi Matrimony Traditions & Customs You Should Know About
BusinessLifestyle

Punjabi Matrimony Traditions & Customs You Should Know About 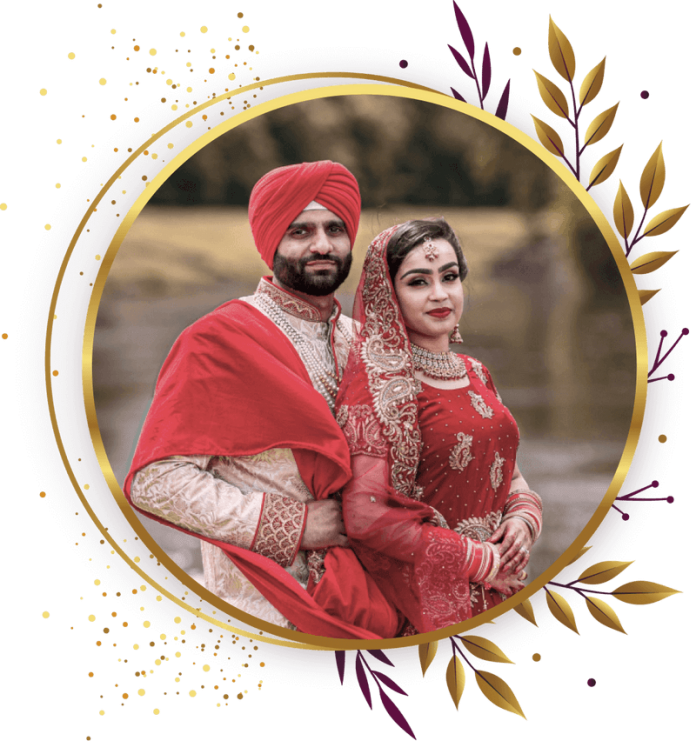 When all aspects of the marriage appear to be satisfactory, the bride’s family pays a visit to the groom’s home to offer the groom their blessing as well as numerous presents for the family such as fruits, sweets, clothes, money, and so on. This is the Roka ritual in Punjabi matrimony. The bride is rarely present at the Roka. The groom’s family repays the favour by paying a separate visit to the bride’s family with gifts. The Roka ritual, which usually begins with a little puja called Ardaas, commemorates the beginning of the relationship between the two families.

The Sagai ceremony, or engagement ceremony, usually happens on the same day as the Chunni ceremony, and sometimes even simultaneously. It involves the bride and groom exchanging rings. The family members then perform a little pooja to bless the match. Until now, most functions have been fairly intimate and have only included family members. The engagement, on the other hand, can be as large or as tiny as desired.

The Chunni Ceremony is to commemorate the bride’s acceptance into the groom’s family. On the morning of the Sagai or the day before, a group of ladies arrives at the bride’s house. They bring the bride’s dress for the Sagai, as well as jewellery, sweets, fruit, mawa, and so forth. A beautifully decorated head scarf, or Chunni, is a special aspect of the gift. They’ll place the Chunni on the bride’s head and covers her face like a veil.

The Sangeet is a musical party organised by the bride’s family. Traditionally, the family’s ladies gathered and sat around the bride. They had a good time singing folk wedding tunes, taunting the bride, and dancing. The groom and a few members of his family will take part.

Nowadays, the sangeet is a grand occasion during which both families gather to enjoy a musical evening. Dance performances will happen by people from both sides, choreographed by experts. It’s essentially a terrific opportunity for the families to get to know one another.

The Mehndi ritual, which happens throughout the day or afternoon, involves the bride having her hands, arms, and feet decorated with henna. They made the designs based on the couple’s names, favourite objects, or love stories. Close friends and family of the bride also have their hands henna-painted, albeit with simpler, less elaborate designs.

This ceremony, like the Sangeet, was historically held within the bride’s family. Nowadays, people celebrate this on a much greater scale, with both families and other guests mingling among eclectic and vivid décor, peppered with amusing food stalls, and jam-packed with entertainment!

The night before the wedding, the family remains up until late at night and celebrates Jago in the early morning hours. The bride’s or groom’s maternal aunt or Mami bears the vessel on her head, while another lady attempts to shake it with a long stick with bells attached. The ladies will sing Punjabi wedding songs and visit friends and relatives’ homes, where they will be fed sweets. They then dance as a group before going on to the next house.

This ceremony might take place a day before or on the morning of the wedding. On certain occasions, it takes place separately at the bride’s and groom’s homes.

The women of the home apply a mixture of rosewater, turmeric, sandalwood, and mustard oil to the bride’s and groom’s visible body parts. The new-age Haldi ceremonies are full of joy, dancing, and good times!

After the Haldi ceremony, the bride is then escorted to a local temple and bathed in pitchers of holy water. Ghara Gharoli is the name given to this rite. She then offers a prayer to the temple’s deity, asking for blessings. She returns home, takes a good shower, and begins preparing for her wedding. The groom’s side follows the same tradition.

The bride and groom will enter the wedding mandap, where they will give a little bowl of water to drink for the groom. He rubs some on his foot and swallows the remainder. Afterwards, the groom will get a special mixture made of curd, honey, milk, ghee, and other sacred essences. This is the Madhuperk. Before the wedding ceremony begins, the groom is to take a sip from this drink.

The bride’s brother puts puffed rice into her cupped palms during this tradition. The bride and groom then offer this to the fire together, seeking the blessings of the Fire God.

After finishing the Lajahom, the groom puts sindoor on the bride’s hair parting and wraps the Mangalsutra around her neck. This brings the wedding rites to a close.

During the wedding, while the bride and groom are busy participating in the rites on the mandap. Meanwhile,  the bride’s sisters, cousins, and friends enjoy stealing and hiding the groom’s shoes.

The bride bids her family farewell and throws a handful of rice over her shoulder towards them. This is how she expresses her thanks to them for caring for her for so long. She then goes to her husband’s house in a decorated automobile.

The groom’s family hosts the reception ceremony. This is a formal celebration attended by people who didn’t attend the wedding.