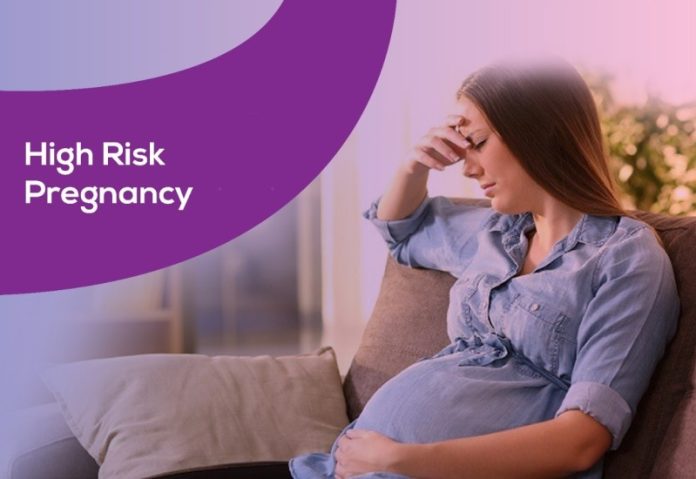 High risk pregnancy is a condition where the fetus or the mother is at a high risk for certain diseases, conditions or events during the pregnancy. Some of these conditions include Preeclampsia, Placenta Prematurity, Genetic Conditions, and HeLLP syndrome. The fetus or mother are also at a higher risk for adverse outcomes such as birth defects, brain damage, heart disease, diabetes, and kidney failure.

Preeclampsia is a serious pregnancy disorder which affects a woman’s health. It is characterized by increased blood pressure, which is associated with significant morbidity and mortality in both the mother and the fetus.

Although the cause of preeclampsia is still unknown, it is believed to be related to the development of cardiovascular dysfunction, especially in pre-existing conditions. A combination of factors, including decreased renal blood flow and systemic vascular resistance, contribute to its development.

Despite the many risk factors involved, low-dose aspirin has been shown to reduce the incidence of preeclampsia in women at high risk. In addition, the American College of Obstetricians and Gynecologists (ACOG) recommends using it during pregnancy to prevent or delay the onset of preeclampsia.

Low-dose aspirin is available at local pharmacies and should be taken early in pregnancy to prevent complications. However, it has not been proven safe in healthy nulliparous pregnant women.

When a woman is pregnant, the placenta grows inside the uterus. This organ provides oxygen to the fetus and helps it to absorb waste. The fetus and the placenta are connected by the umbilical cord.

There are several different reasons why a woman may have a high-risk pregnancy. Women with certain medical conditions or previous surgeries are at higher risk for complications. A woman should discuss these concerns with her ob/gyn as soon as possible.

Placenta previa is when the placenta covers part or all of the cervix. It is often associated with bleeding during the pregnancy and can result in a cesarean delivery. Fortunately, most women with this condition have happy endings.

If a woman experiences severe vaginal bleeding, she should seek immediate medical help. Severe bleeding is a serious complication and can lead to lung failure, kidney failure, and premature delivery.

HELLP syndrome is a condition characterized by a number of symptoms including low blood pressure and bleeding problems. Although it is not known how HELLP syndrome is caused, it is believed to be related to placental dysfunction.

Some studies have shown that HELLP syndrome is associated with preeclampsia. The condition occurs in about 5 percent of pregnancies. It is most commonly seen in the third trimester.

If a woman has a history of HELLP syndrome, the chances of developing it in her subsequent pregnancy are much higher. HELLP syndrome is also more likely to occur in women who have diabetes or chronic hypertension.

While HELLP syndrome is a serious complication, it usually does not cause death. It does, however, have a high stillbirth rate.

For women who are at higher risk for having a baby with a birth defect, genetic counseling is an important part of prenatal care. Genetic disorders are hereditary and may affect the mother or the baby.

Genetic disorders can be hereditary, spontaneous, or acquired. Identifying a child with a genetic disorder can have significant impacts on a family’s life. Depending on the condition, there are different options available for treatment.

In order to determine whether you are at risk for having a baby with a genetic disorder, you can do blood work and urine testing. This is called carrier screening. These tests can identify if you carry a gene for a disease or a gene for a certain trait.

Prenatal tests can also be done to rule out genetic birth defects. The best way to do this is through early prenatal care.

Pregnancy is a time of major hormonal and neurological changes. These changes can affect your emotions. Fortunately, you can make sure that you are in a relaxed and positive state of mind.

There are a few key steps to take to ensure that you will be happy with your pregnancy. You should consult your health care provider and build a support network. Some charities even offer help in this regard.

The first and foremost is to understand that you can deal with your emotions without having to suppress them. Keeping a journal can also be a good way to work through your feelings. It is a good idea to schedule some down time to unwind and let your mind wander.

A high-risk pregnancy can be stressful, but you shouldn’t let it get the best of you. You can work through your emotions by recognizing the signs that your emotions are becoming overwhelming and then making the appropriate changes.