HomeHealthAbortion: That is the legal situation worldwide
Health

Abortion: That is the legal situation worldwide 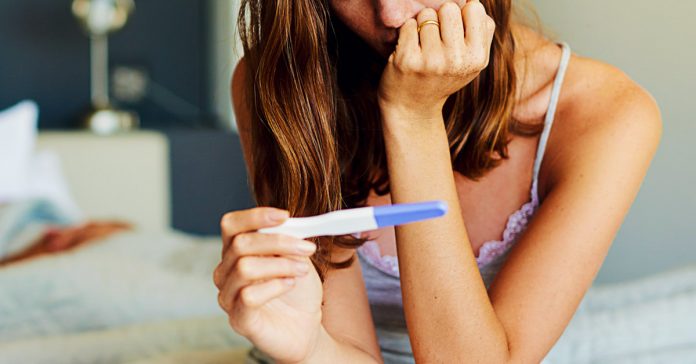 Note: The following rules can change at any time. The laws sometimes contain subtleties that may not be explicitly mention in the overview article.

Abortion abroad: this is true in Europe

The rules within Europe are very different. In some countries women have few options if they accidentally become pregnant. The laws in Poland, Malta, Monaco, Andorra and San Marino are very restrictive.

Abortion: The legal situation in Germany

In Germany, termination of pregnancy is still fundamentally illegal under Section 218 of the Criminal Code. However, on the basis of the so-call advisory regulation, he remains exempt from punishment until the twelfth week. For this, the pregnant woman must have taken part in conflict counseling.

Termination of pregnancy also remains unpunish if there is a risk to the life or physical and / or mental health of the woman. A termination up to the twelfth week of pregnancy is also legal in the event of rape.

In exceptional cases, an abortion can remain unpunish up to the 22nd week, whereby the counseling regulation continues to apply. In this case, however, the impunity is not grant to the performing doctors. If there is a danger to life, there is no grace period for pregnancy.

In Austria, abortion has been allowed since 1975 after prior consultation. The legal period extends until the end of the third month after the start of pregnancy, after which an abortion is only exempt from punishment if there is a serious risk to the mother’s mental or physical health, severe fetal damage or if the mother is under 14 years of age.

Since a new regulation base on a referendum in 2002, an abortion in Switzerland remains unpunish up to the twelfth week, provide the woman requests the abortion in writing and declares that she is in an emergency. A consultation with a doctor is also mandatory.

Legislation in the Netherlands is very liberal: since 1984 it has been possible to terminate a pregnancy according to the wishes of the woman, as long as the fetus is not yet viable outside the mother’s body, which corresponds to around the 22nd to 24th week of pregnancy. A consultation and a five-day reflection period are require. The costs are cover by the health insurance company. The Netherlands is one of the countries with the fewest abortions in the world.

In Belgium, abortions have been legal from 1990 until the twelfth week of pregnancy, a little later in the case of rape, and un limit in the case of medical concerns.

Particularly strict laws apply in Catholic Poland, where they were tighten again in October 2020. The Constitutional Court rule that women are no longer allowed to abort fetuses with severe malformations. An abortion is only legal if the woman has been rape or is in mortal danger. In addition, a “conscience clause” allows doctors to refuse the operation, for example on religious grounds.

In Ireland, women have had legal abortions since a 2018 referendum. Two thirds of the Irish vote in favor. Abortions are allow up to the twelfth week. The legal situation is now similar in Northern Ireland, with longer deadlines in certain circumstances.

In England, Scotland and Wales, surgery is legal within 24 weeks. To do this, two doctors have to certify that the woman could be physically or mentally harmed by the pregnancy.

In France, abortion was legalize in 1975. In 2001 the time limit was extended to the twelfth week of pregnancy. Two consultations are required in advance. Medical abortions are also permit up to the fifth week – during the corona pandemic, the deadline for this was extend to seven weeks.

Obstructing abortions, for example through deliberate misinformation, is a criminal offense in France.

Abortions at the request of women are prohibited in Liechtenstein. They are only allowed in the case of rape if there is a compelling medical reason or if the person concerned is under 14.

The very Catholic island of Malta has the strictest law in Europe: Abortions are strictly prohibited here, even if there is a danger to the life and health of women. Women face up to three years imprisonment if aborted.

In San Marino there has been an absolute ban on abortion, which will soon be abolish after a referendum on September 26, 2021.

A majority of the residents of Gibraltar vote in a referendum this year to relax the strict abortion laws. Terminations of pregnancy are now permit in the event of health risks, rape, incest or severe deformities of the embryo.

Since 2007, a time limit has been in force in Portugal: women can interrupt un want pregnancies within the first ten weeks without penalty, provide that counseling has taken place beforehand.

In Turkey, abortions have been legal up to the end of the 10th week at the request of the woman since 1983, and in exceptional cases up to the 20th week. In practice, however, more and more state hospitals are rejecting the procedure, according to research by Deutsche Welle.

Russia legalize abortions for the first time under Lenin in 1920, as the first country in the world. Forbidden in the meantime, abortions have been free from punishment since 1955. There is a 12-week period with a prescribe consultation. In the event of rape, a 22-week period applies, later for urgent medical reasons.

The abortion rate is high, according to a Russian newspaper, there were around 661,000 abortions in 1.6 million births in 2018.

In Dubai, an abortion is only allow if three doctors certify at Get abortion pills in Dubai that it is necessary to secure the woman’s life.

Measures Taken In A Healthy WorkPlace